Lucha Legends takes you all the way to Mexico, where you are pitted against a masked opponent in the ring. The ring is set across 5 reels and 25 paylines. The general theme of the slot is centred on the famed Mexican Wrestling where participants perform acrobatic stunts for the spectators’ enjoyment. This slot also has numerous bonus features you can trigger during the base game. 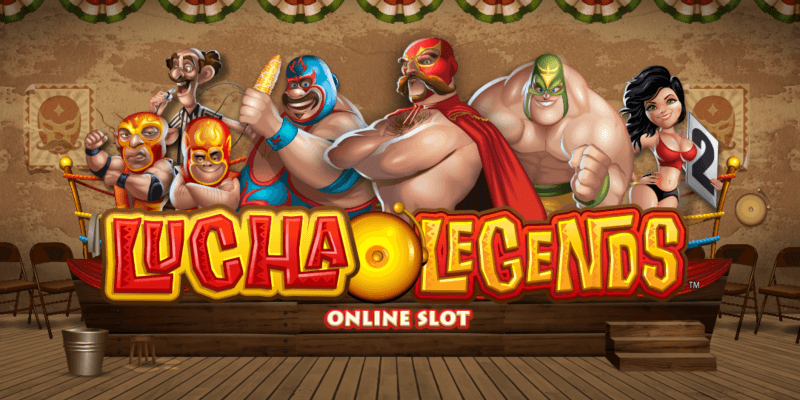 Lucha Legends has been designed by renowned software developer Microgaming to have cartoon-style graphics. A wrestling ring backdrops the reels of this video slot. A, K, Q and J symbols spin on the reels to represent the lower-value icons. Various luchadores represent the higher pays including El Diablo, Martio, Burro and duo Sal and Pepe. Violeta, the ring girl and Ricco, the referee also appear on the reels.

As mentioned, there are numerous bonus features in Lucha Legends. The Super Wild feature can be triggered during the base game where a wild multiplier of 2x or 3x will be applied to your wins or 2 additional wilds on the reels. The Power Up Mode will double your wager but the Super Wild feature increases the multipliers to 3x or 5x and increases the additional wilds to 4.